Your Pokemon in online board game battles 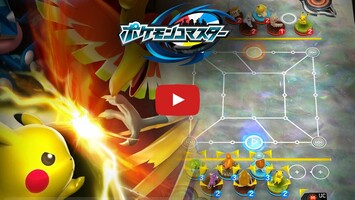 Advertisement
Pokémon Duel (known in Japan as Pokémon Comaster), is an official game based on the world of Pokémon. This time around, the game is centered on fighting your way to the top in clashes against other players in a sort-of board game where your pocket monsters are pieces on the game board.

Gameplay is very easy to understand. Each character can move a certain number of squares, the goal being to reach your enemy's defeat position as soon as possible. In order to do this, your job is to defend any of the possible paths leading to our defeat position while simultaneously attacking your rival and moving towards their defeat square. When two Pokémon are adjacent, they face off against each other according to their stats. Each player has a special combat deck with their top six Pokémon. In addition, some Pokémon have special abilities that you can use within the game for different effects.

As you participate in tournaments and events you'll earn special objects to improve your Pokémon thanks to the Fusion system. You'll also earn new Pokémon as your rank increases. Just like the saga this game is based on the fact that each character has its own special virtues and defects, so you'll have to keep your wits about you and apply your very best strategy techniques if you really want to make it to the top.

Pokémon Duel is an interesting alternative to Pokémon GO that offers exciting fighting sequences thanks to its remarkably original gameplay. If you're looking for an improvement and are eager to be the best trainer around, you'll appreciate this game. Not only that, it also includes Pokémon from across several different generations, adding an unexpected new depth that's sure to intrigue major fans of this saga.
Reviewed by Andrés López Translated by Jessica

The game takes up 258MB once installed on your device.
Advertisement

Why is this app published on Uptodown?
(More information)

TOTAL BULL MILLARKY. GAME DOESN'T EVEN EXIST. ITS BASICALLY NOT EVEN SUPPOSED TO BE ON THE LIST

It doesn't let me get past the 'End of Service Announcement' on the latest version. On the official game, I would've just been able to leave that screen with a tap, but it doesn't work on this one for...

that is a best game for Pokemon lover 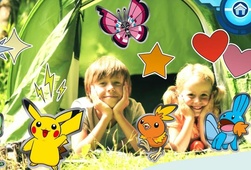 May 29th, 2019 These are all the official Pokemon games for Android

Feb 20th, 2017 Onwards and upwards: A new Android Pokémon game is on the way

Army Men Strike
Break out your toy soldiers
Castle Crush
Frenetic RTS duels
Home Design Makeover!
Decorate your dream house
Forge of Empires
Forge your own empire and achieve evolution, conquest, and power
Zombie Castaways
Help a zombie transform into a human for love
Mafia42
Figure out or try to hide who the mobster is
Last Empire-War Z
Defeat zombies all over the world
Guns of Glory
Raise an empire and crush your enemies